skip to main | skip to sidebar

Best Excuse Ever For Not Blogging

Okay, so most grandma’s to be wouldn’t be able to keep their mouths shut this long but me? Heck! I’m not only going to be an awesome, wise, non- meddling, patient Grandmother; I’m also going to be one who knows when it’s time to step in and say something. I already know this because I’ve been very busy keeping my mouth shut for the past 4 months. I’ve been waiting for a certain son (who’s involved in this startling development) to say something-anything- even just an obscure hint -to his family and friends on line about the addition to the family.(Facebook does not count! Facebook is for random blatherings not thoughtful comments on earth shattering events)

I’ve had all these terrific blog ideas I wanted to use all summer but I didn’t want to usurp his right to ring the bells, blow the whistles, lead the band, and announce to the world that this incredible, long awaited child was on the way.

You wouldn’t believe the number of adorable cartoons I’ve found on line to illustrate the insightful essays I was going to write. I’ve had tons of crochet patterns I was prepared to share as well as tips gleaned from every grand parenting blog I could find to pass along. Then there were all those sage bits of advice from luminaries ranging from Mark Twain to Minnie Mouse to Dolly Parton.

But did I choose to rain on his parade? No! I’m also an awesome, wise, non-meddling patient Mom and until now I’ve kept my mouth shut and fingers occupied with my crochet hooks.

But enough is enough! We have a barely a month to go and so today I am claiming my right as Grandma to SHOUT to the world (or at least that minuscule portion of it that reads my blog) that sometime in October, Jim and I are, at last, going to be able to join all our RV friends at the bragging sessions and whip out the albums of baby pictures, thanks to…

…one of our sons and his wife!

See ya in the baby department,
Grandma Yarntangler
Posted by Yarntangler at 4:13:00 PM 9 comments:

Oh, you found me!

Yarntangler
Kanab, Utah, United States
In June of 2004, my husband, Jim aka Geezerguy, and I climbed into a pre-loved Winnebago and drove off into our Second Life. We have lived, explored,traveled,and sought out the best of our country. We find America in her small towns, friendly people, welcoming churches, farmers markets, and slow back roads. We are Workampers, looking for Mom and Pop quirky tourist spots rather than the frantic pace of the big guys. Clancy, the Gourmet Wiener dog rescued us from the childless state almost 5 years ago and enjoys travel almost more than we do. 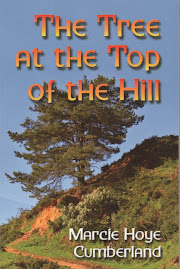 Somebody Does Read Me!

Blogs to check out

As I Said Before